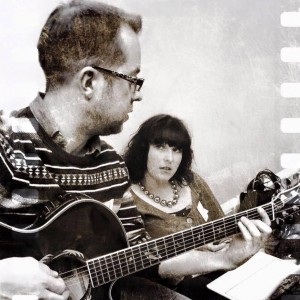 Michael and Claire met at Goldsmiths College, where they were studying for an MA in Musical Theatre. While training, they wrote two musicals together:

“Cycles,” which went on to be performed as part of Jermyn Street Theatre’s ‘Passing the Torch’ Festival; and “Dave the Less­-than-
Average Fairy” ­ the idea for which was Michael’s, which he claims steered him towards musical writing in the first place.

Michael and Claire’s partnership is an unusual one, as they mastered a long ­distance writing relationship early on. Claire lives in London, working at the Royal Academy of Dramatic Art (RADA), while Michael ­ when he is not touring with various shows/bands ­ lives in Birmingham, where he spearheaded the now renowned Musical Theatre West Midlands (MTWM) collective. As such, they often write separately (or via Google Chat!), only coming together for infrequent face­-to-­face writing sessions two or three times a year. However, this system suits them both, as their jobs keep them extremely busy. Besides ­technology has all but removed the need for actual contact, right? 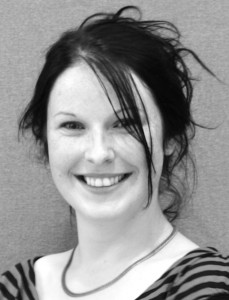 Claire Rivers trained in Creative Writing (BA) at Roehampton University, where she specialised in Fiction and Poetry, as well as completing modules in Screenwriting, Writing for Television, Journalism, Life­writing, Critical Skills, and English Literature.

Despite being a lifelong musical aficionado, Claire did not formally approach pairing words with music until she attended Goldsmiths College. She graduated with an MA in Musical Theatre (as a bookwriter/lyricist) in 2012, for which she received a distinction. 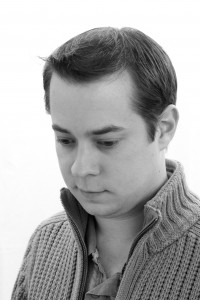 Michael is a composer, musical director and musician with over 16 years experience in the theatre and music industry, holding a BA (Hons) in Popular Music Studies from Bretton Hall and an MA in Musical Theatre from Goldsmiths.

Composer and arranger credits and commissions include Mad About The Musicals (UK Tour), the opening ceremony of the 2009 GB Special Olympics, The Teaching Awards ceremony and the BBC. More recently, Musical Theatre composition credits include Cycles (Jermyn Street Theatre), composing facilitator for the Geraldine Connor Foundation Summer School and 1st Impressions (Page to Stage – Landor Theatre). His new musical Dave, The Less Than Average Fairy was showcased at the Tristan Bates Theatre (London) in September 2013, and he is currently working on an upcoming musical adaptation of Tall, Thin & Blonde by Dyan Sheldon.

Keyboard / Programming credits including Little Shop of Horrors and The Lion, The Witch & The Wardrobe (West Yorkshire Playhouse).

Aside from performing, Michael is the director of Artsphere Creative, (www.artspherecreative.uk), a digital agency providing web and media services for the creative industries.